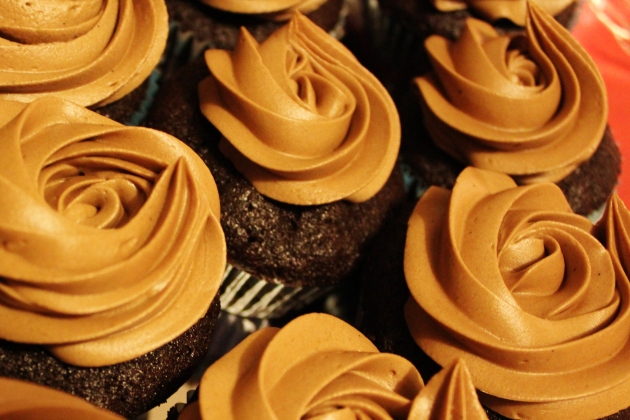 I was at a cafe the other day taking a break from, well, my life, and it was pretty busy so I got a seat at the counter which runs along the window, squeezed between a girl on a notebook computer and a guy drawing with a sharpie in a visual diary and

side note but I am always fascinated by people who can draw and I like to watch them. The way that people can use a pen or a sharpie or whatever and make lines on paper look good? wow. Probably because I would really be able to draw but I don’t have the discipline to make myself draw enough to get good at it. I love to do too many other things.

back to this guy drawing who when I tuned into the conversation he was having with the cyclist on his other side, he was going on about how chocolate is the best food going around.

I think this is pretty true. You know, you’ve got your chocolate, then for something new and different you can have something with chocolate in it, followed by chocolate and to round things off, some more chocolate. No one doesn’t like chocolate and yes, I’m even prepared to make grammatical errors about that fact.

I’ve been moving this month and it’s been a bit stressful. So, sorry for the late post – I’m trying to make it more regular, i.e. once a week but yeah, it kinda depends on my quality of life and how much I can be bothered to sit in front of a computer and try to get my thoughts out in a way that is suitable for the masses. (I know you’re out there, don’t try to deny it).

Make these cupcakes. Make them for a vegan friend. Make them for a non vegan friend and don’t tell him/her that they’re vegan. Make the vegan frosting, or make buttercream and pretend. These are awesome, trust me; soo rich and chocolaty and delicious. mmmhhhmmmm. They will definitely fit the criteria of when in doubt, eat more chocolate, and for something later, eat something chocolaty. 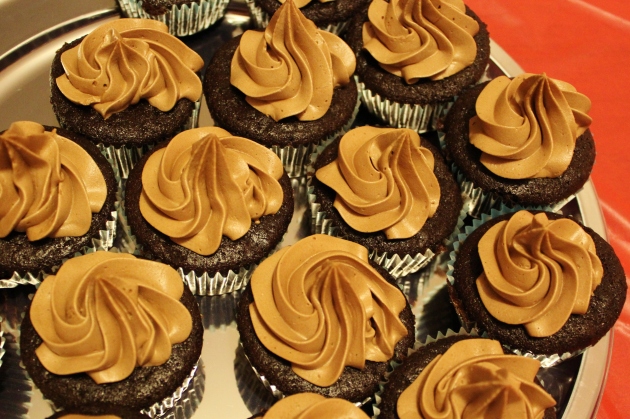 Adapted from Tea with Bea via Sweetapolita

These are rich, chocolaty cupcakes that do not shout out “I am vegan!” but rather, “I am delicious!” I’m delving more into alternative baking (because it’s fun!) and also I have some vegan friends who came to my party and I wanted to make sure they could eat something. And here we are.

Sift the dry ingredients into a large bowl (twice, if you have the time/can be bothered. I sifted them twice the first time and once the second and they were fine both times).

Also adapted from Tea with Bea via Sweetapolita

Ok, so I tried to make this frosting twice. The first time, with a wooden spoon and elbow grease, curdled massively and had to be thrown out (I didn’t have the ingredients or the patience to try to rescue it). The second time, with an electric stand mixer, worked fine. Until I froze and tried to resucitate it, at which point it also curdled. I will also mention that the flavour profile could be worked on – to me, it tasted overwhelmingly of the margarine I used. I would propose using one that you like, or one that has less of a strong flavour. I don’t buy it usually so I got confused by all the different varieties at the supermarket. So don’t freeze it, work quickly (which is made easier with an electric mixer) and maybe use more chocolate? I’ll let you know when I make it again.

Beat together margarine and icing sugar on low speed until just combined.

Add vanilla and chocolate while the mixer is going and beat on medium speed until smooth. Scrape down the sides and beat until smooth.

Add almond milk and salt while the mixer is going on low speed and mix until combined. Scrape down the sides if necessary.