So when I lived at home, I was the official “treat maker”. I liked to cook, and so my mum told me that if I made “recess food” (for those who don’t know, recess is the mini break Australian children have in between the start of school and lunchtime. In primary school it’s often known as playtime. I don’t even.) for my family, she would do the dishes. This, all you bakers out there know, is a BIG DEAL.

Unfortunately, I think Dad got stuck with doing most of the dishes and I got stuck with the reputation of avoiding dishes (although I’ve lived out of home for almost three years now and so do all my own dishes. Also, I do dishes for a living. Come on, guys!)

(A lot of parentheses in this post. Just a little notice that I noticed.)

All that to say, when I lived at home, I baked at home. A lot. I like to try things out, I like to bake delicious sweet things. (No, really. I really do. You can’t tell, can you?) 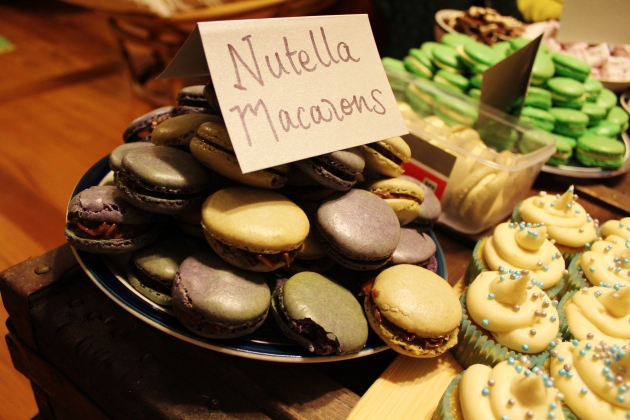 When I moved out of home, I came home one weekend and one of the first things my dad told me was not “I’m so glad you moved out because I don’t have to do nearly as many dishes” (although I think that did come up at one stage) but “You know, we haven’t had to buy NEARLY as much butter as when you lived here.”

Stella at Bravetart has a bunch of buttercream recipes. I used the Swiss for the macarons and cupcakes at my party. There’s also French buttercream if you want to use up the yolks you just separated from the whites for the macarons. German buttercream to round up the European circuit and Deb’s buttercream adventures to let you know you’re not alone. Tip: just keep beating!