Well, unless your mama is Stella of Bravetart. Then, yeah, I stole your mama’s nutella recipe. However, I’m fairly sure Stella doesn’t have kids, so no, this is not your mama’s nutella. Really, it’s not nutella at all, because Nutella is trademarked. 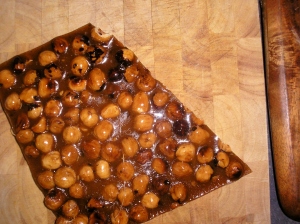 This is a chocolate hazelnut spread that is much better than nutella. Trust me. I know. It took me a while to get there, but it was worth it. (Whether it was worth the procrastination it took – the time away from my essays – only time will tell.) Oh, it was a real hassle but we got there in the end. 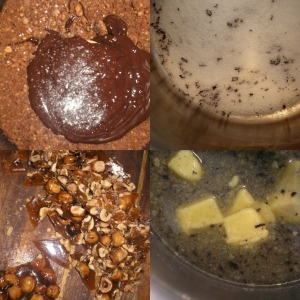 So, why make chocolate hazelnut spread yourself, you ask? Good question. The thing is, I’m trying (slowly, painfully, with not much success) to bring my life back to the ground. The earth. So I’m planting stuff and making bread and sitting in the spaces but I don’t have a lot of time and I make a lot of lame excuses. 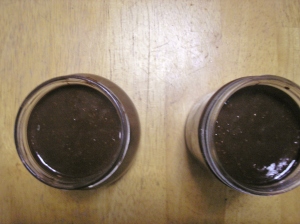 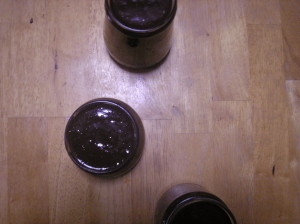 Getting there is usually positive, however, because positivity breeds positivity. I am not great at being positive all the time, however, I do my best. And physical activity plus healthy food equals a pretty positive day. 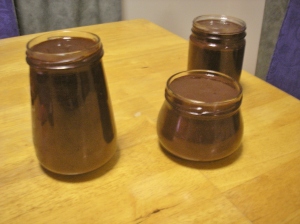 Dude, this was a fiasco and a half, let me tell you. I started off with my sister in the kitchen and I should say right here, I am not good at sharing a kitchen with anyone, let alone family. Then the brittle didn’t become brittle, which I figured out later was because I didn’t cook it enough (so either get yourself a candy thermometer or cook until lovely golden brown) so I got sticky non-brittle EVERYWHERE and then it was like nine o’ clock before I even started the dishes. Oh my goodness.

But was it worth it? Yes, definitely. It’s amazing. Make this, and you will never buy storebought Nutella again.

6-8 ounces (170-225g) hazelnut oil (We couldn’t find hazelnut oil in the supermarket so we used macadamia nut oil instead and it was fine. I only used about 5 ounces all up.)

Split the vanilla bean in half lengthwise. Scrape out all the lovely insides and put it into the sugar. Slice the two halves lengthwise again and mince them as finely as you can. Rub all that vanilla goodness into the sugar so you have vanilla sugar (this is also a good way to clean off your hands and knife from all that clingy vanilla bean paste.)

Place the sugar, butter, honey/corn syrup and water into a saucepan. Turn the heat to medium and stir continuously until the butter is melted and the sugar is dissolved. Bring to the boil, not stirring, until the mixture reaches about 300 degrees (Farenheit, I think) on a candy thermometer (this is about 150 degrees Celsius) or pale golden brown. Or lovely deep golden brown, if you want to go that way.

Take off the heat and stir in the hazelnuts. As you can probably see from my pictures, I didn’t chop the hazelnuts beforehand but I chopped up my brittle fairly well after it set so it turned out ok.

Grease a baking tray and pour the brittle mixture in.

While you’re waiting for the brittle to set is a good time to melt your chocolate.

When it’s set, carefully remove it from the pan and break it into manageable chunks (I fairly well chopped mine because I was scared my small slightly-cracked-but-still-useable food processor might not hold up to the pressure.) Be careful not to cut yourself on the sharp brittle!

Pulse half the brittle in the food processor. As it keeps running, add in the rest of the brittle piece by piece until it’s pretty much powder. Stop the food processor and dump in the cocoa, chocolate and salt. Keep the processor running until it’s pretty well homogenised, then as it keeps running, carefully pour the oil in until it reaches your desired consistency.

Now is the time you dip everything you can get your hands on into this liquid gold and stuff it in your mouth. Soft white bread, crunchy baguette, chopped fruit – anything and everything tastes better dipped in nutella. Then pour it into jars, seal tightly and keep indefinitely at room temperature.